Nils Mattison is a former Apple employee that worked in the company between 2006 and 2013, then he left to found Minut, a company that “helps hosts be good neighbors.”

Focused on companies like Airbnb, Minut has a device that tracks noise, occupancy, motion, and temperature, that helps remind guests that they should keep it down while making hosts, of course, better neighbors.

The company just raised $14 million to expand its business. In an interview with TechCrunch, the former Apple employee and Minut CEO, Nils Mattison, talks about his company and its partnership with Airbnb and other similar apps:

“I was talking with one of the first employees at Airbnb, when they were at Y Combinator. Even in the very early days, they had an issue: When people are renting out their apartments they have a monitoring need. There was no other option but to put up cameras, and that was turning into a big problem for Airbnb,” Nils Mattisson, co-founder and CEO of Minut, explains where the idea came from. “Years later, that idea came back to me. Having been at Apple and having worked with a lot of technologies that were ahead of the times, in terms of combining machine learning and privacy. I first saw how these two came together and how we would be able to solve this problem and balance monitoring and privacy in a good way. So that was the original seed and where we’ve come back to now, almost 10 years later.”

Mattisson had worked on the Exploratory Design, a small team within the Platform Architecture organization focused on researching new technology to innovate across existing and future Apple product lines. He worked on projects ranging from the transition from PowerPC to Intel Macs, the original iPhone, iPad, and Apple Watch.

The Minut sensor device is about the size of the palm of a hand. While it could cause some concerns due to the amount of data it can use, Mattisson’s years at Apple led him to create privacy-first device.

“(…) Instead of streaming the data to the cloud, we built a solution where analysis is happening on the sensor. And that enables you to use it in cases where you need to respect the privacy of people. That has enabled us to target the short-term rental sector. If you’re renting out your flat, you want to make sure that you get it back in the same way,” says Mattisson. “The value we provide to the host and to the guest is really that we provide monitoring. When we see there are problems with over-occupancy or things that could disturb neighbors, we contact the guests. In over 90% of cases, that means the problem goes away.”

Currently, the device costs $50, but the company is not making money from it. As a matter of fact, it’s the $150 per year subscription that Minut focuses on.

“We are more like a SaaS platform, and we charge a monthly fee per property. We charge for the sensor, but we’re not really trying to make any money on the hardware side. This business model change is what’s really enabled this funding round as well. To an investor we look more like a software company,” says Mattisson. “On top of the sensor, we are able to build this SaaS platform — we wouldn’t be able to do that if we didn’t have the data underneath.”

You can learn more about it here. Its app is available on the App Store here.

Check out 9to5Mac on YouTube for more Apple news: 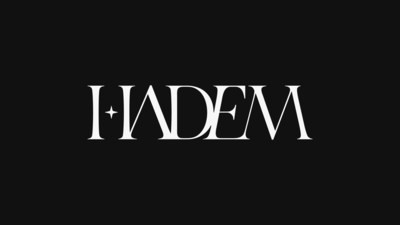