A viral photo of a futuristic-style home labeled “Putin’s house” in Sochi, Russia, has circulated on social media, leading many to falsely believe it belongs to the Russian president.

In reality, the home was only a design concept of what Vladimir Putin‘s home might look like through the eyes of Russian architect Roman Vlasov.

The rendering is simply a three-dimensional concept design that does not actually exist in any physical location. Along with the post, Vlasov used the hashtags #concept and #design to clarify that it was merely a rendering and not a real depiction.

But the futurist design—which contains jutting structures and a flat top located in a secluded forest—has recently re-circulated on social media, leaving viewers to believe it is actually Putin’s home.

Some people online compared the home to a villainous layer from a James Bond film, while others labeled the structure “evil” looking. One social media post claiming the house is Putin’s that was shared on April 3 has received more than 9,000 likes and 1,600 retweets.

The viral photo comes just months after Putin came under fire over allegations that he built an elaborate billion-dollar “secret” mansion near Russia’s Black Sea.

In January, Russian critic and opposition leader Alexei Navalny released a film through his Anti-Corruption Foundation (FBK), accusing Putin of building the ornate property with evidence of drone footage, interviews with contractors, and publicly accessible documents and blueprints.

The film alleged that the property cost $1.35 billion and stated that it was paid for via a corruption scheme in which Putin gave top jobs and lucrative government projects to his allies.

The 68-hectare (168-acre) estate is said to be 39 times the size of Monaco, equipped with a 190,500-square-foot mansion with a theatre, casino, two helipads, an arboretum and an underground ice hockey rink. The film was viewed more than 87 million times online, prompting viewers to express astonishment and outrage, and poke fun at the massive coastal palace.

Putin has since denied the allegations, and said in January: “Nothing of what is indicated in the film as my property belongs to me or to my close relatives, and never did. Never.”

Navalny, 44, has been imprisoned since February, when he was jailed for two and a half years for violating the terms of his probation for a previous conviction.

The Russian critic rose to international prominence in August after suffering from a near-fatal poisoning on a flight from Siberia. He was taken to recover in Germany, and has since alleged that Putin ordered his poisoning.

Putin, 68, has been in power in Russia for more than two decades. On Monday, he signed a controversial law that could allow him to remain president until 2036. 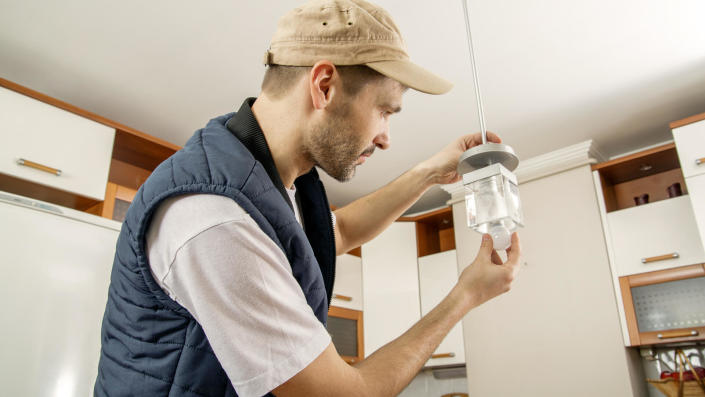