Women in sports are bringing home the gold around the world, in all areas of sports. There are all-star tennis queens like Naomi Osaka and the Williams sisters, and legendary U.S. gymnastics team alumni like Aly Raisman and Gabby Douglas, plus globally award-winning soccer players such as Megan Rapinoe and Alexia Putellas.

There is a long history of gender discrimination in sports that continues in many implicit and explicit ways around the globe, but women are showing they are just as tough and deserve their recognition.

Check out 10 of the most impressive female athletes from several areas of sports, while there are hundreds of thousands of impressive women, the spotlight goes to these 10 today.

THETALKO VIDEO OF THE DAY

You know her on and off the court as a social icon, from being one of the youngest and most successful tennis players of her generation to co-costing the Met Gala in 2021 and launching several brand collaborations, including her own SPF skincare line for folks with melanated skin tones.

Osaka is already successful with 7 career titles in tennis competitions around the globe, including her historic win against her idol Serena Williams. William and Osaka are friends and continue to lift each other up on and off the court.

Related: Naomi Osaka Taking On Sports And Society On And Off The Court

Aly Raisman is a previous Olympic athlete and U.S. gymnastics alumni, she is a highly decorated gymnast with 12 National Championship titles, and she was a part of the two-time gold-winning gymnastics team all-around win in the Olympics in  2012 and 2016.

Raisman is currently retired from gymnastics and works at Camp Woodward, which is a gymnastics training camp where she herself trained. She has a long career ahead of herself at just 28 to train more women to become champions.

Serena Williams needs no introduction, as one of the most decorated Tennis players in the world, not just now but for decades. With 23 grand-slam singles titles, the champion has won more than any man or woman in her sport in the history of tennis.

Williams continues to play tennis and inspire women around the world, even her daughter has started training.

The captain of the U.S. National Soccer team, Megan Rapinoe is one of the best female soccer players in the world, and arguably one of the top players of any gender. From her team’s historic World Cup win in 2019, which made two world cup wins for the athlete among Olympic gold medals, Ball d’Or wins and being the 2019 Female Football Player Of The Year, Internationally.

Rapinoe is also a proud member and advocate for the LGBTQ community, women and sports.

Simone Biles is officially the most decorated gymnast of all time, her long list of decorations would take a full page to name, but to sum it up she has 32 Olympic medals. Biles is an inspirational athlete, but also is breaking the stigma that athletes must go, go, go without a break. During the Tokyo Olympics, she had to step down due to her health and has advocated for the importance of athlete mental health, which is not always encouraged by the industry.

Biles is an inspiration her for skills, but also to be an example for the next generation of athletes to prioritize their mental health.

Related: Gymnast Simone Biles Talks Mental Health At The Peak Of Her Career

Misty Copeland is a trailblazer, she was the first Black woman to be the prima ballerina in the American Balet Theater (ABT), and she continues to create art as a highly decorated and celebrated dancer.

Aside from creating performances, such as her most recent ballet in Oakland, CA, she is an author of the critically acclaimed memoir, Life In Motion, as well as two children’s books.

While Douglas never officially announced her retirement, her last gymnastics competition was in Rio 2016. She has spoken openly about her struggle with hair loss due to competitive training for so long, but with time for her body to recuperate, she has pursued a career in acting.

Alexia Putellas is a Spanish-Catalan soccer player who currently plays for Barcelona’s women’s team, and this past year she was the winner of the Ball d’Or Female player of the year, the third woman to ever win the award behind Megan Rapinoe.

Other than being a highly decorated athlete, she led her team to historic wins this year for being the first Spanish women’s team to win the league, continental treble, UEFA women’s champions league and the Queen’s Cup in the same season 21-22.

If you love Volleyball, you have to know who Kim Yeon Koung is. She was named the best volleyball player by Volleyball World in 2021 for her efforts in leading Korea to fourth place at the Tokyo Olympics, but also for her fierce play in the Korean and Chinese professional leagues.

Koung has earned that title throughout her career and is showing no signs of slowing down.

Elaine Thompson-Herah is a world-famous runner, and possibly the fastest woman alive. She is a five-time Olympic Medalist, competing for Jamaica and undoubtedly 0ne of the best sprinters of all time.

Thompson-Herah is a force to be reckoned with and inspires women in sports around the globe.

Next: 10 Inspiring Young Women Making A Difference In Society


Next
10 Ways To Style Biker Shorts 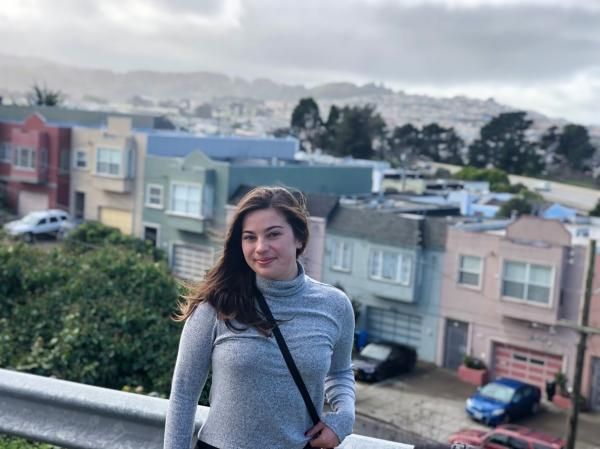 Georgia Sheppard graduated from the University of California with two degrees in psychology and molecular biology. While finishing her studies she became an editor for City on a Hill Press where she began her writing career. She then went on to teach English and work for various companies as a freelance content and blog writer. She is excited to continue her passion creating diverse content as a staff writer for TheTalko.